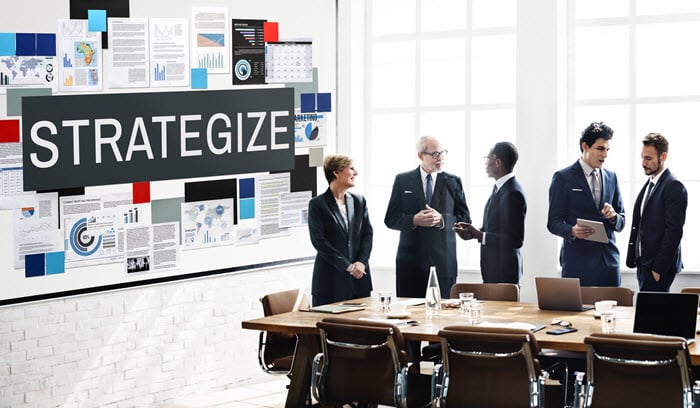 Savvy business executives understand that sales aren’t just about selling – it is about positioning and planning to ensure long-term success. An effective sales model has always laid the framework for a go-to-market strategy across all areas of the business. However, sales models today vary substantially from their historical counterparts.

Modern businesses face more rapid change and more complex logistics than ever before, which means their sales models have to follow in stride. Traditional sales models are failing to keep pace with the number of potential buyer touchpoints that B2C and B2B businesses manage.

This checklist will help you align business functions with the end goal of a strategic sales model in mind:

Habits and Mindset of the Top 5% of Sales Professionals

Pareto’s Principle was named after Vilfredo Pareto (1848-1923), an Italian economist who observed that for certain economic conditions, roughly 80% of the effects come from 20% of the causes.

Instead of accepting Pareto’s Principle as a standard, I would prefer to see your team perform with excellence. Inspiring and leading a team to break away from average can be difficult if they are following the crowd and paying attention to what ‘everyone’ follows. I learned firsthand the importance of a network, excellent habits and a mindset of high standards when I grew a business from $4 million to $16 million over the course of four years.

Today I want to share thoughts, habits, and mindsets that help many to be a top 5% sales professional and potentially break Pareto’s Principle.

Each day your business is evaluated by potential buyers, people using social media, publishers, critics, competitors, and employees. In the new world of media, much is revealed… for better or for worse.

There is an opportunity to be nominated for an award, but as people look at the opportunity, they are not able to think of any company or person who “deserves” the award. Or they might be thinking “Nominations take time and effort. No person or company I can think of is worth that much effort”.

Here are examples of awards you can be nominated for – or you can nominate another:

There are many associations and chambers of commerce that offer annual awards to recognize the outstanding achievements. Those people or businesses who receive awards are rewarded… with more business. People like doing business with those who have achieved success.

Some will not care about the award in and of itself as they serve not for fame but for purpose (and profit). They still recognize awards as a symbol of how their team is serving well.

Below are questions to ponder and answer. Use this opportunity to “raise the bar” with the mindset of “Good enough today is not good enough tomorrow.” The thoughts below will help you move your “good” to a new level.