On November 15, 2018 CAMPS (Center for Advanced Manufacturing Puget Sound) celebrated the successes and achievements in manufacturing in the Puget Sound region.  Regence, Capital Benefit Services and Shannon & Associates sponsored the fabulous event. The emcee for the evening was Randy Gardiner, President of CAMPS Board of Directors.

I was in attendance at the event and once again was impressed by the character and expertise of the attendees and those recognized with awards (both past and present). CAMPS continues to stand out as a valuable organization I recommend.

This is an important event because it recognizes companies and people who are remarkable and often go unnoticed. Their commitment is not a headline in a tweet or newsfeed. Their motivation goes beyond getting a plaque.

Today I will share more about those who were recognized to give you an opportunity to connect and work with excellence.

You may not know that last year I was honored with an award which gave me the honor to present the Volunteer of the Year to this year’s winner. 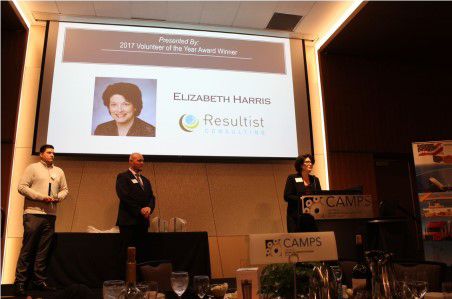 Awards were presented by the prior year’s
winners in the following categories: 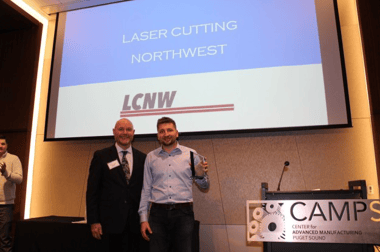 This award is given to a manufacturer who best demonstrates an innovative product, process, internal innovation initiative, or company. Qualification is based on verifiable information and documentation related to their innovation or innovativeness in the past 12 months. 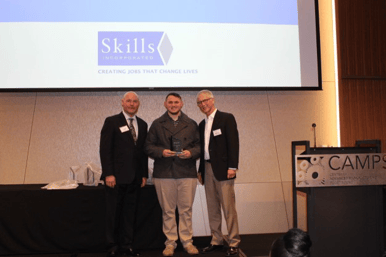 Award given to a manufacturer which had the greatest impact in the community in the past year. Qualifications are based on documentation verifying their community impact. Examples: Supporting educational robotics programs, hiring initiatives, charitable contributions, volunteer efforts, etc. 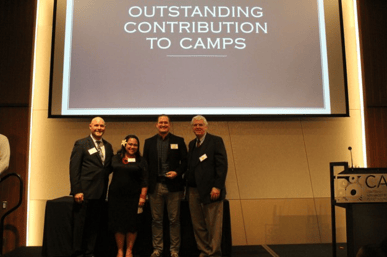 Award given to a manufacturer who provides the highest level of support and participation for/within CAMPS. Qualifications are based on CAMPS manufacturing membership in good standing, active committee participation, time contributed, talent and treasure, etc.

Volunteer of the Year Award Information:

Award is given to any individual CAMPS member who provides a high level of support and participation within CAMPS. Qualification is based on CAMPS membership and activities such as: Active committee participation; contributing time, talent, and treasure, etc. 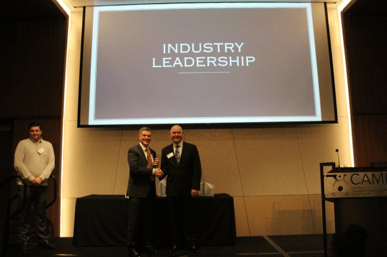 This award is given to an individual within a manufacturing company who has shown outstanding leadership within their industry and organization. Qualification is based on CAMPS, being a highly regarded and respected individual who has positive influence over their organization and the manufacturing community. Example considerations might include: A company turn-around, successful expansion, bold change in the direction of a business, make a major impact on company culture, etc.

Presented by 2017 Recipient Allison Budvarson, Out of the Box Manufacturing

About Jon McQuiston - Founding Board Member & Past President: 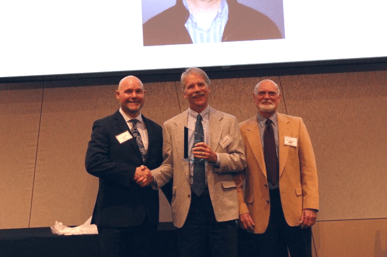 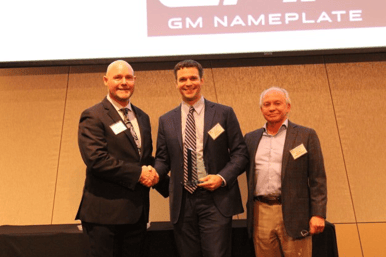 Manufacturer of the Year Award Information:

The manufacturer of the year is top overall in all categories and overall business success for the year. Qualification is based on documentation submitted which demonstrates success in the areas of company profitability, innovation, community impact, CAMPS participation, and leadership.

What does it take to be an award winner, a company of excellence? I think you will find that if you contact any one of these companies or individuals, you will find them open to sharing their insights. Better yet, join CAMPS and attend future events to meet them and gain from their experience.

If you would like an introduction, I am a proud member and would be happy to help.
Contact me here.