The Most Effective Sales Compensation Models to Keep a Team Motivated 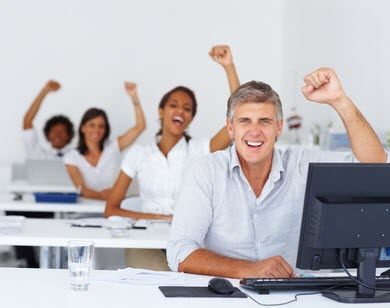 A Model that Includes Core Performers

Sales contests are a form of compensation model or incentive, often used by companies to motivate their sales people to meet their targets. The problem with contests is that they are mostly won by star sellers; thus, core performers are not motivated enough to bump up their efforts.  So, how do you use contests and prizes to engage core performers as well?

Ideally, you should design contests whereby both stars and core performers would both be happy with the results. Coming up with such a contest is not easy, but you should bear in mind that it is within human nature for people to adapt to their position in a social hierarchy. So, the key is to offer core performers gifts (not cash) that may be seen as being equal to those offered to star performers. For instance, you can offer a prestigious golf vacation to star performers and a family get-away to the other members of your team.  When compared to a golf vacation, a family getaway has a lower market value, but this will still motivate core performers, as they may adapt their performance to focus on the “attainable reward” that is within their performance-level.

Also, according to research it was discovered that core performers are more motivated and even perform better when they are awarded “gifts” instead of “cash prizes” in sales contests. Therefore, if you are going to use sales contests as a form of sales compensation, try and hand out gifts over cash for it to be more effective.

A model that motivates laggards

Laggards are often the low-performing group in a sales force. This group is usually heterogeneous: consisting of senior sales people who are probably content with the status-quo, individuals who are less talented or motivated, and new hires.  Despite the “common nature” of the individuals in this group, there are members present in the group who can improve their performance if the incentive is good enough. For instance:

Giving bonuses on sales achievements is one of the effective sales compensation models, implemented by most companies. However, these bonuses are often awarded on an annual basis, therefore mainly motivating core and star performers, as laggards tend to lose track of what they are working towards when the bonus in annual. Therefore, for bonuses to be effective in motivating laggards and also other members of your sales force, consider making them quarterly (quarterly bonuses).

In fact, a study revealed that there was no downside to giving out quarterly bonuses, as they helped laggards contribute to the bottom line without disparaging the performance of those in other groups. The effectiveness of pace-setting goals can be explained by the analogy of weak students who need periodic quizzes throughout the semester, for them to perform better in the major exam at the end of the semester.

A model for Motivating Stars

Star sellers are the most efficient part of the performance curve of any company; therefore, incentive plans should favor this group. However, this is not the case in most companies whereby commission rates are capped. The main reason for putting a cap on commission based compensation plans is to control the overall cost handed out in the form of commissions.

If you are using a commission based compensation plan (or even a bonus based plan), you should avoid putting a cap on the amount of variable compensation a member of your sales team can take home. This is because; a commission cap encourages star performers to stop performing once they have reached their payout limit. In addition, putting a cap on commissions or bonuses removes any real incentive for motivating sales agents to go ‘above and beyond their call of duty.’

There are various sales compensation models you can adapt, including commission based, bonus based and even competition-based models. However, the most effective sales compensation models to keep a team motivated are those models that factor in the different needs of the various salespeople in your team. By focusing on models that motivate core performers, laggards, and star performers, you will be developing a winning culture and a higher return on investments.

Its been said that a sales force without a good sales compensation plan is dead in the water. Get our new white paper "Sales Compensation Plans - Examples, Templates & Software Options" 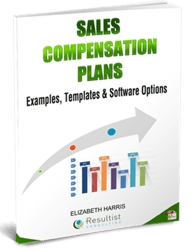