Learning from the Sherwin-Williams Debacle 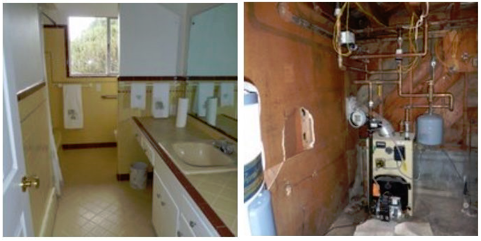 A colleague of mine has been living in his basement Airbnb rental for almost four months as he renovates the rest of his home. As is typical these days, every part of the project took longer than expected with the contractor running into delays getting materials and problems finding subcontractors to do the work. Finally in the home stretch, he and his wife gave the contractor an exact shade of Sherwin-Williams paint that they wanted used on the walls. This is not their first home renovation, and as such, they are picky about their paint. Previous experiences, both good and bad, have made them die-hard Sherwin-Williams brand loyalists.

But when the painting was complete, they immediately recognized that the paint they had requested had not been used. They asked if the painters had used Sherwin-Williams paint. They insisted they had.

When my colleague shared this story with me, it got me wondering (and researching). There appear to be other people asking these same questions. The public’s responses are mixed. Some people seem to believe that the Sherwin-Williams paint at Lowe’s is the same as at Sherwin-Williams stores. However, there are plenty of people (my colleague included) who have first-hand experience that proves otherwise.

What is usual about this arrangement is that Sherwin-Williams has not made an overt effort to inform its audiences of the fact that there is a difference between the paint others sell for them and what they sell themselves. As a result, their premium brand image could easily be diluted when consumers expecting the classic Sherwin-Williams “better” and “best” paint varieties end up with a basic “good” product and assume the company has changed their offerings across the board.

Furthermore, when the average consumer does not realize there is a difference, their likelihood of getting paint directly from Sherwin-Williams decreases substantially. Since a standard one-gallon can of interior latex paint is under $50 at Lowe’s while the equivalent at Sherwin-Williams stores ranges in price from approximately $70-90, this represents a huge price gap for consumers that would have sought out a Sherwin-Williams store but chose to go to Lowe’s instead because they thought they were getting the same product.

Even savvy consumers who review the regulatory compliance information sheets for their paint can be misled because these documents reveal that the paint being sold at Lowe’s is being manufactured by Sherwin-Williams. Again, this is leading to the misbelief that all Sherwin-Williams paint is the same. However, with their acquisition of Valspar, even original formula Valspar can be claimed as Sherwin-Williams manufactured paint without pulling the veil off because Sherwin-Williams is the parent company.

Now, I know you are thinking, “But Sherwin-Williams is not the only company to partner with Lowe’s and offer a lower price point product line. What about companies like John Deere? They do the same thing, and their brand is doing just fine.” And you would be right! But in the case of John Deere, they have a D-series of tractors that they sell exclusively through Lowe’s. These models are not available at John Deere dealerships because they are the most basic, stripped down versions of John Deere tractors that are meant to hit a buyer price point instead of offering the features and construction that John Deere prides itself on and makes available to home and agricultural customers through their own stores.

This arrangement has not degraded the John Deere brand in any way because it is very clear to consumers that the lawn tractors available at a big box store are going to be “light” versions of the same offering at a dealership. And if consumers do not know this, they can research the features on spec sheets and touch the product to see the differences for themselves. Homeowners cannot do this nearly as easily with paint even if you get a paint sample to test out.

This strategic partnership that put Sherwin-Williams in front of a reported 18 million customers a week at Lowe’s could end up costing them their retail storefront business and some of their most loyal customers if the perception is that their quality has slipped. Only time will tell what will happen to the global paint leader, but this revenue deal is one that makes Chief Revenue Officers like me cringe because it inherently degrades the brand when there is not accompanying brand messaging to convey what the partnership means for consumers.

When contemplating a new revenue initiative, be it a new geography, product or service, partnership, or another type of alliance, keep your brand promise in mind. If it doesn’t quite match your existing position, ask if it should be done at all. If you move ahead, be sure to include the strategies and tactics that bolster your existing offerings. Want to talk revenue strategy? Please reach out to me! I would love to have a one-on-one conversation with you about your company’s strategic initiatives. Or, if you would rather have me come talk to your team, please submit a speaking inquiry and I will be in touch. 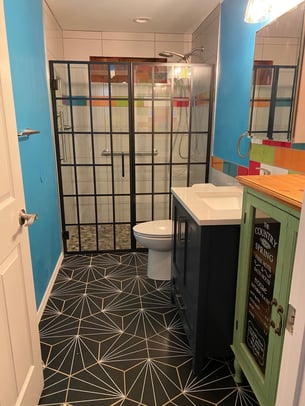 …And for those of you who are curious, my colleague and his wife respectfully asked the painters to get the paint directly from Sherwin-Williams and repaint. When the walls were covered over with paint that came from the Sherwin-Williams store, they were thrilled with the appearance (and so am I – wow!). So, they remain brand loyal to Sherwin-Williams. However, they learned their lesson and will be more specific with their painting requests in the future.